Store wars heat up for Christmas
Supermarket pays out £67m of loyalty vouchers early, while rivals beef up seasonal offers 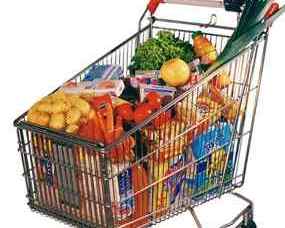 UK retailer Tesco is paying out £67m of customer loyalty rewards early as it competes with its supermarket rivals to win customers over the hotly-contested Christmas period.

Tesco, the UK’s largest supermarket chain, says it is sending out the vouchers to Clubcard loyalty scheme members with their statement ahead of the normal quarterly release in February.

In another sign of increasing competition, the Co-operative Group announced price cuts and promotions which it said were worth £200m.  The mutually-owned retailer has announced its first “triple dividend”, which will see give its four million members vouchers worth 6p for every pound that they spend over Christmas.

Asda has also stepped up its offers to customers and has promised the “most aggressive” Christmas in a decade.

Tesco said it was able to make its early vouchers offer because of its double points campaign, which meant shoppers have been earning vouchers at double the rate as they were this time last year.

Tesco said it has now returned £529m in Clubcard vouchers to shoppers this year.

Tesco’s commercial director, Richard Brasher, commented: ”This seasonal surprise is to help customers at a time when we know they will appreciate it most. We know that this year mums are taking tight control of family budgets and they are looking for treats, not extravagance.

“Our customers can choose to use their vouchers for Christmas extras or hold onto them until the rest of their February statement – the choice is theirs.”

He added that Tesco’s move to double reward points on its Clubcard customer loyalty scheme in August had been a success, with membership up at 15.4 million and holders using their cards more regularly.