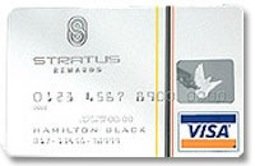 The company says the luxury lifestyle card will give members personalised “VIP access” to entertainment events that it has acquired and that are unobtainable any other way.

Speaking of her appointment, she said: “Many customers are familiar with traditional credit card rewards programs, but the Stratus Rewards Visa White Card will offer its members exclusive luxury rewards specifically tailored to their tastes and desires, taking the reward concept to an entirely new and personalized plane.”

She joins Stratus Rewards from Quintessentially, an affluent lifestyle and concierge company where she was responsible for all aspects of strategic development and expansion of the their business throughout North, Central and South America.
Prior to her role at Quintessentially, Berman worked at Sony Corporation of America, where she developed and negotiated campaigns and digital content services for Fortune 500 brands. Before joining Sony, Diana was based in London, where she worked extensively with the UK entertainment industry, creating brand alliances and content licensing deals.

Stratus Rewards is a division of Stratus Media Group, and is a by-invitation-only lifestyle club and credit card rewards system created to “support and enhance the affluent lifestyle.” Stratus Rewards packages the benefits of lifestyle clubs into one programme as well as providing exclusive redemptions to its cardholders in the form of VIP event access, luxury trips, private jet travel, luxury automobiles, high-end merchandise and other rewards for specified levels of use.