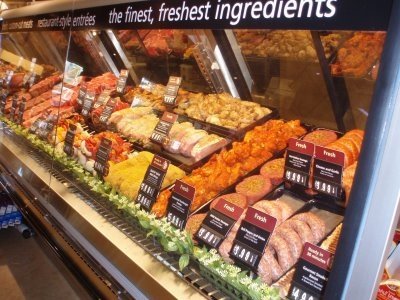 The Safeway grocery chain has been sued for failures to notify its US loyalty cardholders about recalls of food.

Non-profit organisation the Center for Science in the Public Interest (CSPI), which is supporting the action, says that Safeway “has a duty to disclose to customers that they face serious health risks or even death if they eat the recalled products. Safeway chooses not to notify its customers who purchased recalled products, thereby putting them at risk.”

The CSPI says that Safeway failed to notify customers of several food recalls, even though many of them had its Safeway Club loyalty cards and were theoretically contactable.

The lawsuit was originally brought by two Safeway customers – Dee Hensley-Maclean from Montana, who bought peanut butter crackers and Nutter Butter sandwich cookies that were part of a nationwide recall of products that producers said might be tainted with Salmonella.

The second plaintiff, Jennifer Rosen of San Francisco, bought eggs that were then subject to a recall by Safeway.

Both women used a Safeway Club reward card during their purchases, and that gave the retailer access to their phone numbers, e-mail addresses and mailing addresses, but Safeway did not contact either of them directly.

The lawsuit said that Safeway should go beyond e-mail alerts to inform consumers about recalls.

It added: “To effectuate this recall, Safeway should use, to the fullest extent possible, automated register printouts, telephone calls, letters, E-mails and text messaging, and prominent statements in Safeway stores and on the homepage of Safeway.com.”

Cost
The lawsuit added a claim that the action “will cost Safeway nothing, because Safeway’s suppliers agree to reimburse all costs associated with notice and refunds.”

This claim is arguable, according to retail groups, as the cost of overhauling IT systems to enable such customer communications will not necessarily be covered.

California-based Safeway said that it meets all legal and regulatory requirements related to such recalls and it has voluntarily posted information on its web site and in stores about recalls.

The company said each recall is reviewed individually to determine whether the company should take additional measures to notify consumers. In some cases, it has used its loyalty card data to make automated or personal telephone calls to consumers about recalled products.

“One size does not fit all,” Safeway said in a statement. “Indeed, less than 50% of all grocery retailers even have club card programs, thus the ability to contact customers individually is not an industry norm.”

Safeway has around 1,775 stores in the US and Canada, under its own name and other brands, including Vons in California and Nevada, Randalls and Tom Thumb in Texas, Genuardi’s in Philadelphia and Carrs in Alaska.

The retailer said that its shoppers are not required to give personal information to obtain a card.

Previous Post: « If loyalty is a dead currency, we need to foster love
Next Post: Bank launches online money manager »