Supermarkets pit loyalty against price in battle for survival
Radio Five Live is devoting a full hour on New Year’s Eve to the fascinating subject of how our supermarket brands are responding to the challenge from the discount stores. Loyalty Magazine editor Annich McIntosh took part in the pre-recorded programme – along with CEO of Asda, Andy Clarke, former UK boss of Aldi Paul Foley, Nick Collard, customer director for Morrisons, and Natalie Berg of Planet Retail. Here is a sneak preview of the various points of view put forward. The programme will be broadcast at 5.30am and 10pm on New Years Eve and will then be available through the BBC online website. 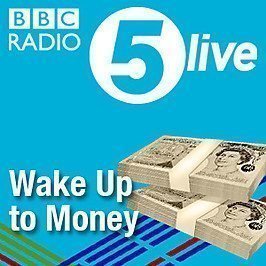 A fundamental change has been taking place in the way we lead our lives which will cause a necessary rethink about retail loyalty programmes.

Because it is easier to compare, easier to switch, faster to buy, questions are being asked over the effectiveness of loyalty rewards that are saved up over very long periods before redemption.

There are suggestions that because we are leading ‘immediate’ lives, and make instant decisions about what we will have for supper, what we will buy, where we will buy it, loyalty programmes are losing their relevance.

Price versus destination shopping
Not unexpectedly, Asda’s CEO Andy Clarke will argue in a BBC Five Live programme on New Year’s Eve that price is the only thing that matters to consumers any more. He will argue that while they are making changes to strategy, in terms of opening more small stores and closing some of their large ones, destination shopping is still important for their customers, who are tempted in by the George clothing range, and the shopper experience.

Relentless rise of the discounters
Former UK boss of Aldi Paul Foley argued in the same programme that there is little any of the traditional supermarkets can do to stop the relentless rise of the budget supermarkets. Between them, Aldi and Lidl have a market share of  8.5%, with Aldi increasing its turnover by 22% and Lidl by 18%. They have done this, says Foley, by stocking around half the product lines of the traditionalists Tesco, Sainsbury’s and Morrisons, which enables them to achieve massive buying power in the products they do stock. He explained: “Tesco stocks 22 different types and sizes of ketchup, while Aldi stocks one. This enables them to push up the volume of this one item across their estate so that they become the biggest buyer. Then they can buy it at the price they want.”

And no retailer should wait complacently in the confidence that soon customers will get tired of the budget brands and will return to their old habits. “Price is crucial,” said Foley, “and there is nowhere else in the world where returns on food were greater than in the UK, so there was a lot that could be done to cut them. The golden age is over. The budget stores are the disrupters. The same story is being played out in Germany, France, Austria, Switzerland. The same is going to happen soon in Australia. Aldi and Lidl disrupt and take the profitability out.”

Match & More
But while Clarke of Asda, and also Natalie Berg, global research director of Planet Retail don’t see a future for loyalty programmes, believing the entire battle will be fought on price, Morrisons has only just launched their loyalty programme – Match & More – and Nick Pollard, customer director, consumer behavior for Morrisons seems very pleased with it.

He said: “Consumer behaviour is changing, we are becoming more promiscuous in our shopping habits, and it is not just price that is changing this, but the growth of online shopping and the increase in ways we can fill the basket. We shop more frequently, and buy less items, and while it used to be convenience that won the argument for where to shop, now it is absolutely about price. But price is not enough, we needed something more to offer our customers, and so the Match & More concept was launched.”

Match & More does what it says on the label. It matches where it can with Aldi and Lidl, plus the big supermarkets, and offers additional points on special items in the store. Pollard said: “Social media reaction is 90% positive, and we had two million customers signing up almost immediately. It is clearly appealing to customers.”

Customer investment and cost cutting
Morrisons, like Tesco and Sainsbury’s, is having a testing year, which is not surprising in what exiting Sainsbury’s CEO Justin King said was the most challenging period in retail for 30 years. To deal with this, Morrisons is investing £1bn in customers through the loyalty programme, and is cutting costs to the tune of a further £1bn.

Natalie Berg of Planet Retail made the shock prediction on the BBC Five Live programme that this won’t be enough to save Morrisons, and stop them following the path of Safeway, Woolworths and the other household names no longer on the High Street.

What price data?
But what about loyalty card programmes? The retailers gain an astronomical amount of data from loyalty cards, the analysis of which contributed hugely to Tesco’s rise to fame, and which underpins the Sainsbury’s proposition through the multi-retailer Nectar card.

Annich McIntosh, editor of Loyalty Magazine, who also took part in the BBC Five Live programme, argued that there will always be a place for loyalty, but that consumers, in their immediate, fast-paced lives, want to be excited, amazed, delighted and surprised. She said: “It is not unreasonable to say that some loyalty programmes are a little tired and need a revamp. When they were launched, they were exciting, and this unpredictability and interest needs to be re-ignited. Those retailers who do well, will be the ones who go the extra mile. At the moment, it is Aldi and Lidl who are the talking points, 15 years ago it was Tesco, but what will happen when the discounters are no longer managing to stay innovative, and we have become bored with their more unusual German lines?

“Consumers are seeking an emotional involvement, and the challenge for the supermarkets is to recreate this feeling. In the background, they need to maintain their analytics and data management, to make sure they are learning and responding to consumer needs and wants.

“But as consumers, we don’t care about that. We want value, quality, good service, a good experience, and some excitement. How hard can it be to introduce some of this in a way that differentiates one brand from the others? If it is just about price, what happens when everything is at rock bottom? That will be an interesting time.”

The BBC Five Live Wake Up to Money programme will be broadcast on New Year’s Eve, at 5.30am and again at 10pm. It will also be available through the BBC online websites.