Surprise results from iPhone apps research
Until the Google Android phone opens up the market again, it is the iPhone that has set the gold standard in what one should be able to do with one’s mobile. Except there are some surprises from recent research that analyses exactly what we do do with our iPhones. 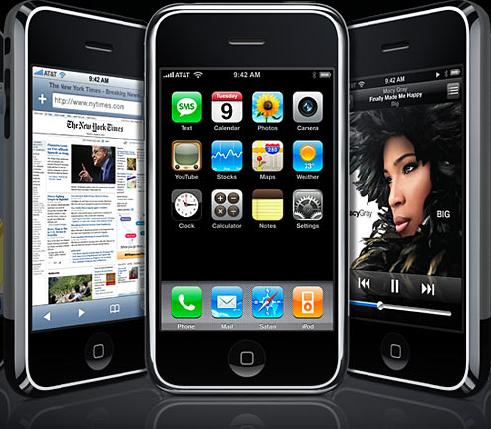 The available choice is endless. Films in 3D, an earthquake calculator, RU Drunk? And of course a range of worthly office functions. But what do people actually enjoy the most?

Rightmobilephone.co.uk release the top 20 most useful and most pointless iPhone apps as voted by 987 iPhone users. Top of the list for most useful application was the imaginative Ocarina, and leading the most ‘pointless’ list was the Hold on app.

Now Ocarina is not exactly useful. Out of 60,000 iPhone applications, 83% agreed the ‘Ocarina’ app to be the most popular and the most common reason for this application to take the top place was the hours of fun that was enjoyed, with iPhones being passed around the office, dining rooms and the class room so everyone can have a go at blowing into the phone trying to play a tune. Put that information into your customer loyalty database of background statistics.

78% stated that new and quirky applications such as Bump and Brushes, are useful and fun tools. Brushes allows users to doodle whilst sitting on the bus and Bump provides a unique way to swap information. Huge demand for applications has given Apple a lead on their touchscreen rivals.

Alongside the fun apps, Print and Share and Quick Office are the more practical applications. Giving users the possibility of printing items off their iPhone via the home printer, as well edit reports, assignments and spreadsheets with the Quick Office app. Where else can a phone double as these things?

So on to the ten least popular iPhone apps.

Top of the list was the ‘Hold on’ application which is a game that consists of holding down a button for as long as possible, it is not a popular application with 57% surveyed believing it is not fun and slightly pointless.

Rated third most unpopular was Seismometer; the application to measure the size of an earthquake. Three in five people agreed that if they where unfortunate enough to be experiencing an earthquake this app is one that can be easily done without.
The R U drunk application was enjoyable at first but then became tedious.

Commenting on the iPhone applications result, James Zielinski, co-founder of Rightmobilephone.co.uk has said:

“The iPhone gives the consumer something different, not just calls, texts and emails but a lifestyle and entertainment device. Using the Apple platform developers have added some imagination that make it so much more interesting than your average mobile phone.”

He continues, “The popularity of the iPhone app store is huge and provides an additional revenue stream for Apple that never existed. The store now has many practical and enjoyable applications. Even with 60,000 apps available, it is great that Apple continues to release new functions and that the iPhone continues to evolve”

Since its introduction a year ago on one device with one carrier, Android has come a long way. It is used on 12 handsets with 32 carriers in 26 countries.
They will be joined by HTC of Taiwan, Motorola and Samsung, which are rushing out models in the US before the end of the year as Sprint and Verizon Wireless join T-Mobile as Android supporters.

According to the Financial Times, Verizon has launched an anti-iPhone advertising campaign, satirising the Apple handset and its exclusive carrier, AT&T, teasing viewers with the promise of its first Android phones in November.

According to Eric Schmidt this month, “Android adoption is literally about to explode”.