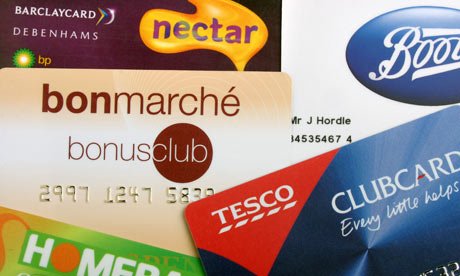 A new poll by YouGov SixthSense poll has found that 93% of shoppers would not stop using a retailer if it no longer offered a loyalty card.

The news comes despite Tesco this week celebrating record profits boosted by its double-points Clubcard promotion.

The YouGov survey did find, however, that almost a fifth (17%) said the use of a loyalty cards was a major factor in where they chose to shop.

Despite the wide-spread use of loyalty cards in the UK, half of shoppers do not think it is worthwhile to collect points and would prefer to convert points into a money-off discount at the till.

86% of shoppers use a loyalty card on a regular basis, but despite the wide-scale usage of loyalty schemes, half of shoppers do not think it is worthwhile collecting points. Just under a quarter of participants would prefer retailers to offer more promotional deals rather than points.

Over half of participants in loyalty card schemes (52%) prefer to convert points into a money-off discount at the till, reflecting the thrifty nature of shoppers in the current economic climate. 19% of respondents save up points to earn a treat and a significant 10% of loyalty card users collect points but rarely, if ever, redeem them.

Two-thirds of respondents in the poll (66%) were holders of a Clubcard, while Nectar (55%) and the Boots Advantage card (48%) were the next most popular schemes.

Asda’s lack of a loyalty scheme has been cited by critics as a factor in its lacklustre Christmas performance.