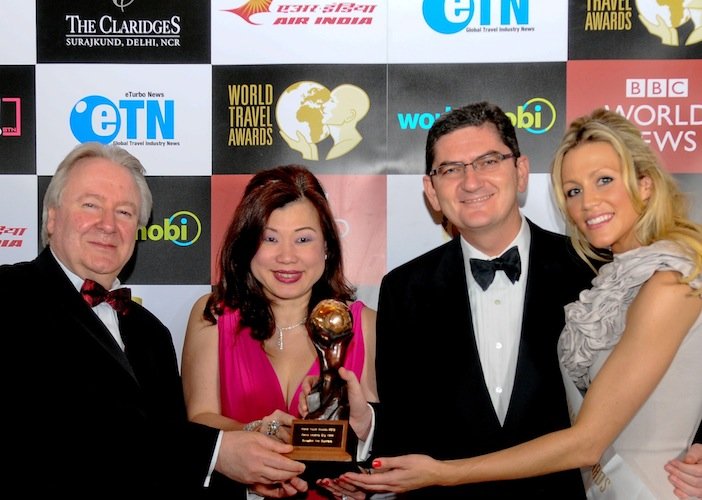 The international hotel chain of Swiss origin has been honoured around the globe with a raft of prestigious awards, including no less than seven World Travel Awards.

“The World Travel Awards, which are based on an independent survey of 183,000 travel and tourism professionals, are the travel industry’s equivalent of the Oscars, and we are absolutely delighted to have received these important awards”, commented Meinhard Huck, President Swissôtel Hotels & Resorts. “They confirm our slogan “A Passion for Perfection”, being lived throughout Swissôtels worldwide.”

In addition to the World Travel Awards, Swissôtel The Stamford, Singapore, was recently named as the winner of the TTG Asia Award for best business hotel and received on top the World Luxury Hotel Award, Swissôtel Krasnye Holmy, Moscow received the Russian Business Travel and MICE Award as Moscow’s most dynamic conference hotel, Swissôtel Chicago took the American Pinnacle Award for successful meetings, while Swissôtel The Howard, London, was the proud winner of the British Baking Industry innovation award.

Swissôtel Hotels & Resorts have already been nominated for the German Design Prize 2010, to be awarded early next year.

Judges referred to consistent, unparalleled quality of service year after year, attractive, modern design and generous Swiss hospitality are the ingredients that combine to make Swissôtel Hotels & Resorts a success in 16 countries on five continents.