LoginSearch
You are here: Home / News / Loyalty Magazine Awards / The Loyalty Conference 2015 – Lessons from the Winners

Budget versus Loyalty: The Loyalty Conference 2015 – Lessons from the Winners
What Paul Foley, ex-CEO of Aldi, had to say on the discounters vs. supermarkets battle, the importance (or not) of loyalty schemes, and just how far the discounters can continue eating into the market share of the Big Four. 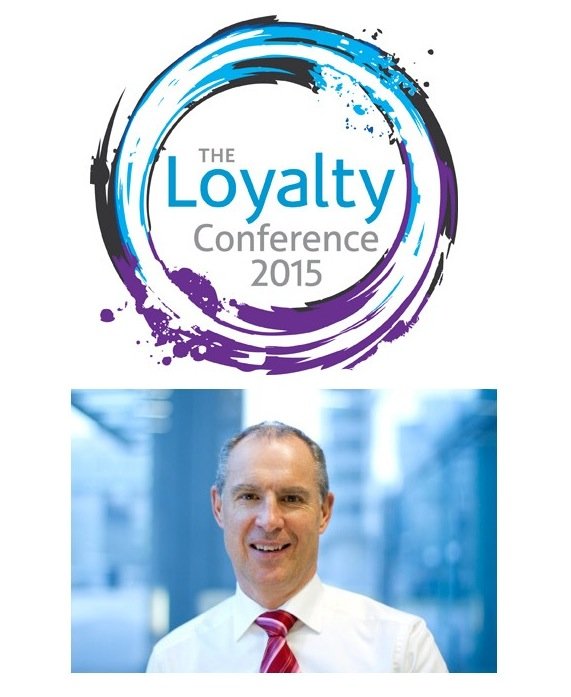 Paul Foley used to be CEO, UK and Ireland for Aldi, a firm he worked for for 23 years. He agreed to be interviewed at The Loyalty Conference 2015 – Lessons from the Winners, to explain why budget stores are competing so well against the traditionalists and their loyalty programmes.

You consider that loyalty cards don’t work any more. Why do you think that?
It is interesting to consider what loyalty cards are. If it is just a feature of CRM then the benefit is to the retailer, not really to the customer. If you give the customer a lower price, then it is instantly a better deal, especially as it doesn’t involve using covert means to get information by stealth. It is my opinion that this type of information is less useful anyway.

How do the budget stores gain their information?
They are less interested in who is buying, than in what is being bought. It is a surprise how much data is being consumed by them.

But how do you find out what customers would like to buy, rather than what they have already bought?
That is a problem for everyone. Aldi buys worldwide consumption data from Nielsen and GfK. They are a major buyer. They are looking at whether their product range perfectly overlaps with trends. For example, certain categories of food are purchased less, such as tinned food because the [older demographic of] customers are expiring.

Explain the Aldi business model.
It runs the same business in 17 countries, but each of these countries is at a different stage. In the UK, where they have been trading for 20 years, there are 350 stores which gives the same buying power as the major supermarkets with between £3.5bn and £4bn in sales. The misunderstanding is the perception that discounting is all about price. It isn’t. It is about the number of SKUs. Aldi sells one tomato ketchup, whereas Tesco probably has thirteen or fourteen different types and sizes. Aldi goes to the supplier, asks for exclusivity on what it considers is the product of choice, and buys everything they produce.

Take wine. Aldi will sell one champagne, but it matches the quality to the market leader, in this case Moet, and under-prices.

So is it all about prices?
Discounting is the reverse of general food retail which is based on the level of sales of products. Discounters only think about their costs of operation and how to reduce them.

For example: People working a six-hour shift need to go to the toilet 1.8 times a day. The manager worked out that they could take a certain route and collect cardboard boxes and put them in a compactor next to the toilets. This saved a lot of money, but can you imagine the CEO of Tesco thinking about the number of times a person goes to the toilet? How to shave a few seconds off a function is central to how discounters operate.

Why did you leave?
I was there for 23 years and Aldi are a terrific employer, but I wanted to run the whole company and that wasn’t possible. The owner died 12 months ago and the company is now being run by his grandson.

Will it change now?
Things are always changing, but there is a very clear business path. This won’t change.

It is important to stress that every market is different and so needs a different approach. In the German market, where Aldi has been for 40 years, things are very different to the UK. Every market has its own tastes and preferences. The bread tastes different. So does the coffee.

You have been in the UK for 20 years, so why is it now that the traditional supermarkets are being challenged by the budget model?
You need to put it in context. In the UK it is possible to achieve a level of return that is impossible anywhere else in the world, apart from Australia. Double digit EBITDA is unheard of in the rest of the world. The UK has never had a successful discounter before and believe me, it wasn’t easy to get established. Aldi had to steal market share from others, and no one was going to help, not even the property market, which thought that an Aldi would devalue the site. It was more expensive to buy a square metre of space in Huddersfield, than in Munich or Berlin.

So where is the tipping point to success?
At 350 stores. It is all coming together now, because Aldi is the biggest buyer of its specific products. In actual fact, it has been disrupting the market for more than three years. Now the traditional retailers are admitting they have a problem.

Won’t prices just bottom out all round?
Yes of course. Then the differentiator will be choice. The discounters can’t fight with this. 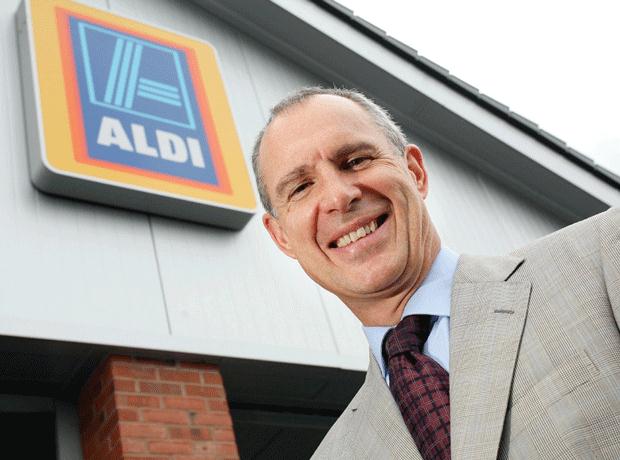 So what role do loyalty cards play?
In the UK I think loyalty has peaked. Discounters have brought in the idea of ‘You can have it, and you can have it now.’ The idea with loyalty cards is that in return for doing your shopping at one retailer you get a present through their redemption mechanism. That was fine when 80% of the industry was in four hands and they all did more or less the same thing.

That was pre-discounting. The UK grocery sector normally earns twice the global industry average. They can invest that in, for example, loyalty schemes. Once discounting comes in it reduces income and the money isn’t there. Retailers therefore have to cut costs, as the discounters are doing, or the customers will defect.

In grocery, loyalty [a scheme] costs a retailer 1% of its sales – that’s a lot.

Will the concept of loyalty survive?
There will always be a place for customer loyalty, but I think it will be the end for loyalty cards in their current format. That doesn’t mean that loyalty programmes won’t play a role, but they will be different. Gamification will be important, and other ways will be found to cut the cost of a loyalty programme for retailers. They still want customer feedback and loyalty is useful for this.

Will it be a gradual change or a sudden one?
It will be dramatic, starting now.

But Tesco didn’t sell Clubcard, they sold dunnhumby and the Qantas loyalty programme is worth more than the airline.
I accept there is value in a loyalty programme. The classic loyalty schemes are ones that have a benefit to me. Reducing price is a real competitive advantage in giving benefit now rather than later.

The bad news for the grocery industry is that there is a race to the bottom that the discounters are happy to engage in. The supermarket business is trying to offer choice – things other than price.

Across Europe, short-term loyalty programmes are very popular and successful. Will these continue?
Yes, if they are tailored to specific events, such as in the run up to a big shop. They demonstrate loyalty to customers by offering them goods at a low price, and the programmes are self-fulfilling. They incentivise the customer to spend more and visit more frequently.

What will be the scenario looking forward?
Lidl and Aldi are nowhere near as strong as they will be, their stores will double. They have 8% market share now and it will get to between 15% and 20%. The price gap is 22% and if the rest of the industry allows this to continue the share could get to more than 20%. But reducing prices halves profits. Which manager will stand up and say that [should be done]? This won’t happen quickly enough to stop the discounters getting at least double the market share they have now.

There is nowhere in the world where discounting has 20% of the market and there are only two players. There will be a third and maybe a fourth – maybe Poundland could become a discounter. When the market share is 20%, being the best discounter becomes more important. Maybe then loyalty schemes may come up.

What could go wrong for the budget stores? Discounters in Ireland are couponing with newspapers.
I wouldn’t have done it, but discounters have 20% of the Irish market. The discounters (Aldi and Lidl) are competing with each other, not just the other supermarkets. In my opinion that is undoing the stitching of what makes discounting successful.

Previous Post: « Exploring the untapped retail potential of China
Next Post: Service is undermined by over-reliance on websites »