LoginSearch
You are here: Home / News / Reward & Points / The power of “Thank You” in Loyalty

The power of “Thank You” in Loyalty
In an age of multi-channel “bricks and clicks” shopping, the importance of saying “Thank You” to customers has never been greater, argues Matt Long of Saatchi & Saatchi X London. 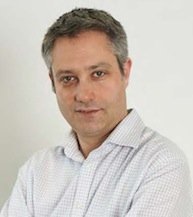 When Tesco launched its Clubcard scheme in 1995 it was nothing short of innovative, but at the time many retailers dismissed it as an idea that would be short lived. However, within three years of launching Tesco had surpassed Sainsbury’s and Marks and Spencer to become the UK’s number one retailer. In 2011 it was around six times bigger than both companies. Today it’s estimated there are 43 million Clubcard holders around the world.

The importance of saying “Thank you” in the realms of multi-channel “bricks and clicks” shopping has never been greater. Tesco’s success with the Clubcard is testament to that. With fierce competition on the high-street, the rise of connected devices and the way we shop rapidly changing, having a great product and an excellent level of service is simply no longer enough. It may increase the propensity of customer loyalty a little, but it’s the small details, which reward customers and makes them feel valued, that have real impact. But building loyalty is far more complex than issuing your customers with a plastic card and sending them a few discount coupons. To truly serve your customer, you have to truly know your customer.

It’s this which breeds true loyalty, loyalty which is driven by a powerful emotional connection, not just a love for the brand or a decision based on convenience or price, but genuine loyalty. However that’s not easy to achieve. Retailers need to act smartly when it comes to utilising the data they collect on their customers’ shopping habits and use it to enhance the shopper experience for the better. By gathering collection data about shoppers’ shopping habits via the barcode on their Clubcard, Tesco is able to provide targeted promotional offers to customers. The targeted nature of this particular loyalty scheme is one of the factors behind its extraordinary success. The specifically tailored offers receive a response rate 10 to 30 times better than traditional untargeted offers.

The rise of the loyalty card represented not just a complete change in attitude of an entire organisation, but an entire industry. And today it highlights the importance of putting the shopper at the heart of everything you do. If retailers think like their customers and understand how they feel and what motivates them, they can build and strengthen an emotional connection that will see them return again and again.  A virtuous circle then forms where this loyalty translates into profit, investment and growth for the business, which in turn benefits shoppers through even better choice, availability and service.

In the past, loyalty schemes were largely regarded as a pointless and an unnecessary ‘giveaway’ of hard fought for company profits. Tesco Clubcard changed that. The premise behind it was simple.  Loyalty should be motivated by a genuine and heartfelt desire to help make the lives of ordinary people better. People like to be thanked, and if they are, you begin to build a loyal customer base.