Trust, playfulness and control among 2009 global consumer trends
It is not going to be all work and no play for today’s consumers. Even as the economy drags people down financially and emotionally, analyst Mintel predicts a continued focus on enjoyment and life fulfillment. 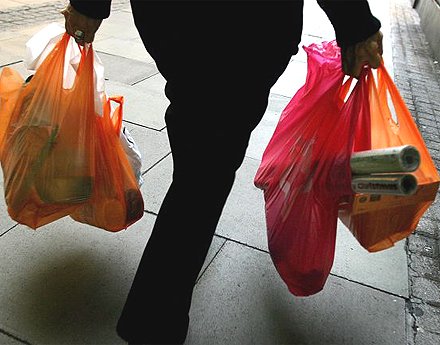 While people around the world still feel pessimistic, Mintel sees them discovering ways to transform their lifestyles and lighten the mood.

Harry Foster, global analyst at Mintel, comments on the greatest themes in consumer behavior this year: “At the end of last year, we knew 2009 was going to be difficult for people across the globe. But as we review our five consumer trend predictions, we see that optimism has steadily balanced out stress and economic hardship. The first half of the year was especially challenging, but with tentative, recent green shoots of recovery, we expect people’s attitudes to brighten considerably in coming months. Consumers have a resilient ability to stay positive amid tough circumstances.”

Last year, Mintel forecast five global consumer trends for 2009. Mid-year, the market research firm uses insight from expert analysts and new market research to take stock of how these trends are playing out:

Trust
Trust is a paramount concern in 2009, as banks, food manufacturers and government officials suffer from losing people’s trust. In the US, 66% of adults say they have less trust in financial services companies because of recent economic developments. Food companies are at risk too: six in 10 Americans worry about food safety.

In the UK, loss of trust in financial institutions is understandable, but brands are also fighting to establish themselves as trustworthy. Trust is key to keeping customer loyalty because people are seeking out cheaper private label options: Mintel research shows 39% of Brits on a budget look to switch to private label.

Control
When the financial bottom dropped out last year, already-choosy consumers found another reason to grasp for control—security. A Mintel survey of US mass affluent adults shows two in five saying they intend to permanently spend less and decrease their reliance on credit cards, thus increasing control over their finances. Likewise, in the UK, as many as 6 million Brits (13%) intend to increase their savings in the next year or so, while a further 3 million people (6%) who are not current savers intend to start saving soon.
“We see new values taking hold as people adapt to today’s tighter economy. Conservative and pragmatic are in; excess is out. Consumers feel pessimistic about the future, so they’re taking cautious steps to ensure their safety and happiness now,” comments Harry Foster.

Playfulness
Despite negative feelings about the economy and pressure to cut back, people still want to enjoy themselves. In the US, three in five people say they traveled domestically in the past year; but to save money, more travelers visit friends or family, spend time looking for travel bargains or choose cheap transportation.

Simplicity
In work and play alike, consumers around the world continue seeking simplicity. More than two-thirds of Americans recently told Mintel they’ve been simplifying their lives over the past six months, while nearly nine in 10 think there is “too much emphasis on material things in our society.”

Manufacturers have followed suit globally, launching more products that appease people’s desire for clear functionality, clean ingredient labels and simple packaging. Restaurants, too, have caught onto this trend by offering all-inclusive meal deals that tell people exactly what they’ll get for their money.

Trading down, up and over
Trying to save where they can, consumers continue trading down across spending opportunities. Eight in 10 Americans say they’re cooking at home more now, while a full 52% admit to spending less at restaurants this year than last. Meanwhile, some 54% of Brits are buying more food on special offers, while more than a third (36%) are trading down to budget private label brands.

With so much trading down, however, many consumers also trade up in some instances to reward themselves. Small luxuries such as fine chocolate or perfume are a common treat, while other shoppers purchase gourmet food at the grocery store because it’s still more affordable than eating out.