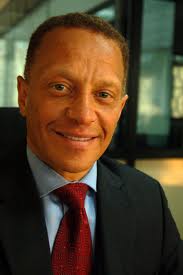 It sometimes takes an organization from outside of one’s area to state the obvious. This happened today when an East African call centre pointed out that the UK’s banks are ignoring social media as a way to deliver good customer service.

KenCall, which describes itself as East Africa’s leading contact centre, says that only 14% of banks are using any form of social media to engage in meaningful, two-way communication with customers and influencersin the Uk.

The study found that the banking sector was the poorest social media performer in industry, with just 11% of all financial institutions using Twitter, while over half (52%) of the poorest performing organisations were banks.

KenCall reached its conclusions after devising a scoring methodology which allowed it to rank the social media effectiveness of 95 FTSE 500 organisations, from an examination of individual company websites.

Organisations were scored on their effectiveness of use of Twitter, Facebook, LinkedIn, company blogs and other bespoke social networks, and then ranked accordingly.

The results highlight a lack of enthusiasm for social media across industry, and although the research found that 57% of all companies researched have a branded Twitter account, only 41% of these used it to engage on a one-to-one basis with customers. Meanwhile, a quarter of all companies are using Twitter merely for outbound communication, and choose not to monitor replies, and just 28% of all organisations had a company blog, with just over half of this number (55%) using their blog as a means of actively engaging with others.

“The research shows that the banking sector is lagging far behind the others when it comes to effective use of social media,” said Nik Nesbitt, KenCall’s CEO.

“For example, 91% of those from the telecommunications industry were found to be engaging in two-way communications through social media platforms, compared to only 4% from the banking sector.

“I can understand that some organisations see social media as time consuming and unnecessary, but this study illustrates the fact that many organisations are jumping onto the social media bandwagon, without fully understanding the benefits they can achieve by doing it properly.  We believe that social media should be an invaluable customer service tool for businesses all over the world.”

KenCall is an award winning contact centre having received the accolade of Best Non-European Contact Centre in the European Call Centre Awards 2008, runner up in 2009 and the fastest growing company in the KPMG Top 100 Midsize Companies. It has an office in the UK.
More info at www.kencall.com