US consumers online love affair fading
Customer satisfaction with many of the largest online retailers is dropping significantly in the US, although it remains unclear exactly why. 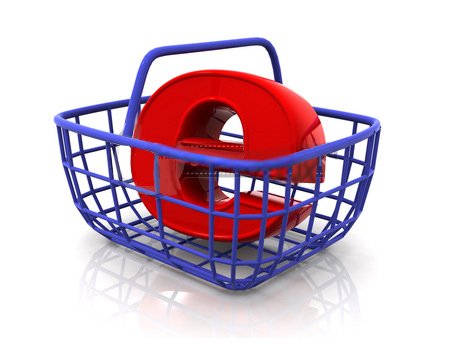 While a report by ForeSee Results and FGI Research warns that this decline in satisfaction is threatening to smother an online retail recovery, it gives little advice as to what retailers should do about it, apart from dropping prices.

The annual Top 100 Online Retail Satisfaction Index has falled 3% since 2008 to an aggregate score of 73 on the study’s 100-point scale.

The research, which employs the methodology of the University of Michigan’s American Customer Satisfaction Index (ACSI), was based on surveys of over 22,000 visitors to the top 100 e-retail websites (by sales volume).

“Online retailers have picked a bad time to drop the ball and, if they don’t shore up customer satisfaction, things could become even more bleak,” said study author Larry Freed, president and CEO for ForeSee Results. “Revenue can tell you a lot about past performance and, by that measure, things don’t look great at the moment. But customer satisfaction can tell you a lot about what’s to come, and more and more companies are losing ground.”

Online retail stalwarts Netflix (85) and Amazon (84) lead all e-retailers for the fifth year in a row, showing that it is possible to succeed despite tough times. The largest improvements were found at Kohls.com (+6% year-on-year, to 76), Costco (+3% since 2008, and +6% overall since 2005), and eight other companies also improved by 3%.

Only 16 out of the top 100 e-retailers improved, while more than half declined. Even Apple.com was knocked off its throne, sliding nearly 6% to 75 and now trailing behind Dell.com and HPShopping.com. Other notable decreases in e-customer satisfaction included CVS.com (-8% to 71), NeimanMarcus.com (-7% to 70), and Willams-Sonoma.com (-6.4% to 73).

The nearest the report gets to giving any reasons for the decline is to say that analysis of the factors that impact customer satisfaction showed that consumers have generally become more price-sensitive than they were in previous years. However, the 2009 study found that, although shoppers aren’t more dissatisfied than in previous years, price now matters more.

“This doesn’t mean companies should start slashing prices, but it does reflect the current mood of the consumer,” explained Freed. “Online shoppers are a savvy group, able to compare price and merchandise at the click of a mouse. In an economy where rising unemployment, decreasing house prices, and tight credit continue to make headlines, consumers are now punishing retailers when they feel prices aren’t fair.”

The report also compared desirable future behaviours of highly satisfied shoppers and dissatisfied shoppers, and found that the former group is 71% more likely to purchase online than the latter, and 72% more likely to recommend the web site. But satisfaction with a web site also has an impact on a shopper’s brand experience and consequently translates into a greater likelihood (+44%) to make a purchase offline.