US retail giant considers money-off rewards card
Stores trial a rewards card in Kansas that offers 5% off all purchases at its stores. 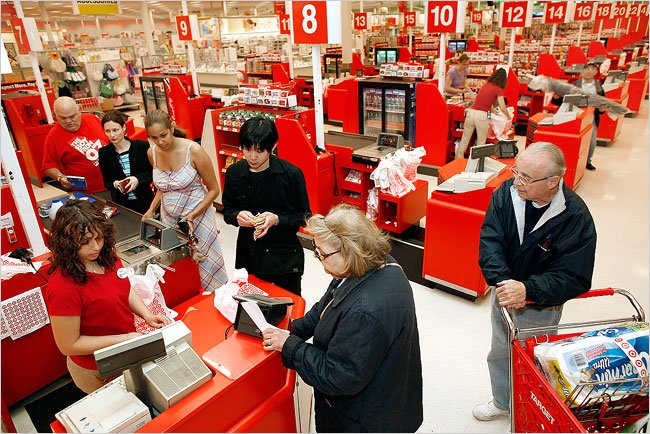 Retail giant Target is also operating a second trial offering 3% off all purchases at its stores in San Antonio.

The trials cover all store purchases made with Target’s private-label credit card, the Target Visa card or the Target Check Card, which deducts purchases electronically from customers’ checking accounts through the automated clearinghouse system.

Target EVP and CFO Doug Scovanner said the two trials could result in national rollouts if successful. The company is seeing “sharply higher penetration” of credit card accounts and card use in Kansas City, Scovanner said. He did not discuss results of the San Antonio test but said the company is analyzing the profitability of rolling out the 5% rebate program “on a much larger scale.

”The whole question in Kansas City is whether all of those benefits are sufficient to pull it [forward] the incremental markdowns associated with a 5% program on every transaction, every item every day.”

Target, like other large retailers fighting to maintain sales momentum in an uncertain economy, and pushing harder on its credit card rewards to prove their value as competitive drivers.

Target says the new trials have attracted current cardholders and customers who never before had a Target credit card. “In each group, there is sharply higher use, and therefore sharply higher sales,” Scovanner said.

He added that the there were positives and negatives from the trial results so far.

The minuses were that those new customers tended to pay off their balances, which does not make Target as much money. Target’s Redcards (the collective name for its private-label credit, debit and Visa cards) carry a current annual interest rate of 23.24%. Also, a 5% discount takes a large chunk out of profits.

“The whole question in Kansas City is whether all those benefits are sufficient to be able to afford the incremental markdowns associated with a 5% program on every transaction, every item, every day,” Scovanner said.

“There’s clearly a compelling equation that we continue to analyze,” Scovanner later added, “to figure out whether this is something that is sufficiently profitable to consider rolling out on a much larger scale.

Redcards
Target typically offers customers 10% off all purchases made in the store that day when they open a private-label or Visa credit card account. The routine reward program for Target’s Redcards is one point per dollar spent in Target, and one point for every two dollars spent elsewhere using its Visa card. Customers get 10% off for an entire day’s purchases for every 1,000 points accumulated.

Scovanner added that the retail giant was also looking into the idea of returning to issuing cards solely for use in its stores. It is carrying out a test where certain customers applying for a Target credit card will be assigned only Target’s private-label credit card, instead of the co-branded Visa card Target issues. Target says it has not defined which customers will receive the private-label card only.

Card results
Target has just announced that its credit card segment, consisting of its private-label credit card and its co-branded Visa card, made a profit of US$39m for the quarter ended January . It reported a $135m loss for the same period a year ago. Total revenues were $462m, down 14% from $537m.

Gregg Steinhafel, Target chairman, president and CEO, said the company’s credit card-unit profits were “a notable achievement in light of the challenges faced by many other credit card issuers in 2009.”

The credit card business represents 6% of Target’s total turnover. The company’s credit-card operations have been attracting a lot  much attention in recent years. There has been shareholder pressure to spin off the unit, and concerns about its bad-debt exposure during the financial crisis. The newly introduced US CARD Act’s tougher limits on credit-card issuers is also causing the retailer concern.

In May 2008, Target sold a 47% stake in its portfolio to JPMorgan Chase & Co. “Target still owns the majority stake in its credit card operation, and with these experiments Target may be attempting to demonstrate how card rewards and rebates can be used to drive higher in-store sales,” Strumello said.