Will Barclaycard’s Freedom proposition drive increased business?
The Barclaycard Freedom loyalty scheme has called for a significant IT investment, commitment to a major advertising and marketing budget – and the appointment of a number of heavyweights to run it, including Sarah Newman former general manager for strategic delivery at British Airways and several others from the airline. But not everyone in the industry is convinced that the Freedom loyalty proposition will lead to increased business. 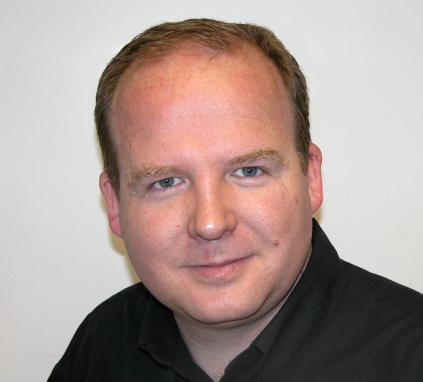 This week, we give the Freedom floor to Stuart Evans of loyalty marketing agency ICLP, who admits he would have done it differently.

What are your reservations concerning the Barclaycard Freedom loyalty scheme?
“Barclaycard is taking it very seriously. The level of investment they need to make is significant and they have scaled up their senior team.

“They dropped out of Nectar because the coalition wasn’t delivering for them, and have now chosen instead to own their own coalition which means they will own the data. This is all very impressive, but I have a big issue with the reward structure. I don’t believe customers are going to be excited by a one per cent cashback and early figures are reflecting this.“

But Barclaycard say that £165,000 of rewards have been earned in the first two weeks of the scheme.
“If you assume an average spend per credit card, this means that only 80,000 cardholders of their eight million database are using the scheme. I would describe Freedom as a poor man’s Amex rewards. Yet another one per cent cash back, on a credit card is simply not enough to bring in incremental business.”

They have brought on board 30,000 merchants, who will be part funding the scheme. Isn’t this a good business case for Barclaycard?
“Absolutely. It is a great message for Barclaycard, but I don’t see it leading to incremental footfall for the merchant, and I don’t see how it will provide revealing data. If the cardholder is only told at the checkout that they will earn cashback on this transaction, there is no incentive for them to actively choose one merchant over another, and what is the gain for the merchant?”

Barclaycard is spending a massive amount on its advertising campaign. Isn’t this going to achieve high awareness of the scheme, which could lead to consumers changing credit cards, or at the very least, putting a Barclaycard top of wallet?
“There are 30,000 small merchants and a couple of national chains in the scheme so far, but none of the big names have moved yet, and this is a significant problem for Barclaycard Freedom. Nectar has Sainsbury’s. So far Shell is the biggest coup for Freedom. There is no major food retailer.”

So why don’t you think the participating merchants will gain insight from the data? Surely they will learn more about the spending habits of Barclaycard cardholders, and how they shop in their area?
“Until recently, one of the biggest problems with Nectar was that its data was not sufficiently useful for it to compete with Tesco. Now Nectar has ramped this up, forming Loyalty Management Inc and raiding Dunnhumby (who provide the data analytics for Tesco) for Peter Gleason to run the insight division, and it has made a big difference. Sainsbury’s is now significantly catching up. This means that bigger merchants will compare the two schemes, and possibly decide that joining Nectar will give them better value than being part of Barclaycard Freedom. I agree that Freedom has not been launched as a competitor to Nectar, but from a merchant perspective, this is what will happen.”

Isn’t it possible for a High Street-level loyalty scheme to work? Look at Boots the chemists for example. That is a cashback scheme that has been enormously successful.
“Yes it has, but there is a perceived reward from Boots of four per cent, because they use two for one offers and other incentives. It isn’t a straight cashback scheme.”

Barclaycard say that various individual merchants will be able to offer special rewards as extra incentives. Isn’t this the same thing?
“I believe merchants will join Barclaycard Freedom to play with loyalty, and possibly move in and out. I don’t see more than half a million cardholders using the scheme, and this will be a big issue in terms of persuading bigger names to join.”

When Loyalty recently interviewed Crispin Rogers, the global loyalty and B2C payment manager for Shell, he made it clear that as he ran loyalty schemes in 22 countries he understood the concept and the business case for loyalty, and he strongly believed that it was possible to make money and grow the business using Barclaycard Freedom. This is a very strong endorsement from someone working in such a competitive business as fuel.
“Petrol stations don’t make money out of petrol, they make it from the forecourt sales. This is not the same proposition as for High Street retailers.”

So what would you do to make Barclaycard Freedom more attractive?
“I would have three levels of rewards, such as Base, Silver at 5% reward and Gold at 10% reward. I would send promos by mobile phone, and I would work much harder at driving the reason to buy to the cardholder. At the moment, there is no incremental value. They will work that out very quickly. I think it will be very interesting to watch what they decide to pin their hat on – how they create value for the customer and the retailers.”

Can you list the things you would advise the Freedom team to do to improve their loyalty programme?
1.    They need to work out what value they are creating and for whom. One per cent is no big deal for the cardholder, and is unlikely to lead to incremental business for the retailer. It has been in the market before, and most credit card companies have had to withdraw it because it wasn’t cost effective.

3.    I would want to stress how important it is that they work with retailers to ensure the message at the POS drives spend. The analytics worry me. I am concerned the retailer won’t get enough back to make it worthwhile. They may well decide they are giving money away for no reason.

4.    It will be necessary for them to have lots of special deals for Barclaycard Freedom customers that are high perceived value and low cost.

5.    The fact that it is a credit card limits the audience. I would suggest to Barclays that the scheme is opened up to a wider audience and at the very least to their debit cardholders.

6.    What they do with the mobile phone will be crucial. If they incorporate the rewards into the phone with payments then this becomes interesting, especially if they are communicating with customers through the mobile too.

What advice would you give to a loyalty manager of a payment card company who is struggling with ideas for breathing new life into their loyalty scheme, or for those who don’t yet have one?
“Any company needs to know how to compete and win in their market place.

“Credit card programmes need to know their audience and their product set and uniquely, how to create value for that audience.

“It is necessary to go to the core capability of a business and build customer value from there. That is a good way to build system wide competitive advantage. Examples of this are O2 (mobile phone company) and music on phones, or Manchester United (football club) and the way it gets rid of empty seats through its reward scheme. It has created value for the customer by giving something away that has no value to them.”

How would you define loyalty?
“Loyalty is about understanding the brand promise and bringing it to life. It is based on who you are and what you do uniquely.”